What does well-timed DDoS protection for dedicated servers prevent?

Today worse luck we not infrequently get to know about any website was DDoS attacked once again.
More often than not hackers attack those websites which are related with E-commerce, gathering pace greatly in these latter days.

In case of deficiency of effective website protection such attack can completely cripple the activity of web resource and produce heavy financial losses, and sometimes it also brings the company to ruin. So for the purpose of minimizing such default risks you need a solid DDoS protection of your website.

The protection for dedicated server is necessity 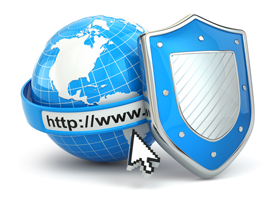 Actually, nowadays the DDoS protection has already stopped being only a whim of the web resources owners; it has become a real necessity making their business saved. As stated above the DDoS attacks are mainly aimed at the companies dealing with great sums of money.

It can be for example web shops, online casinos, big banks, bookmaker’s offices, exchange markets and so on. And it’s dreadful to imagine, what repercussions hourly down-time will have, not to speak of several days or weeks. So, the DDoS protection is primarily necessary for such companies.
For another thing, there are many spheres of life, when the DDoS protection is essential. Take for example a policy. Just imagine an election campaign, when every candidate strives for victory.

And in practice, one of another candidate’s followers may well mount the DDoS attack meant to rival’s website, therefore wrecking his election campaign. So at this time the protection of the candidate’s website against any detractors is imperative. It’s possible to endlessly recite the websites being in sore need of the qualitative DDoS protection.

Although, there is nothing in it. Every website’s owner realizes how much work and funds were invested in his project to make it interesting and useful for the users and customers. And of course it’ll be very pity if all of this would crash in two shakes.
So the only thing can help in this case – the DDoS protection.


Secure your website and it's server – order the DDoS protection Certainly there is no hundred-per-cent guarantee that the DDoS protection can save your business, but nevertheless it’s quiet real to resist external intrusions.

What is more important, who provides the DDoS protection. It’s no secret that nowadays money is made out of anything including the DDoS protection. Usually many companies, offering such service as the DDoS protection, use standard security guard, for example different firewalls, attack detection system and etc. Perhaps it was effective in the not distant past. But today such protection is unfortunately capable only of resisting the simple DDoS attacks. And as the phrase goes, the foe doesn’t snooze. And as the Internet develops sweepingly, “masters”, who are pleased to crush somebody’s business or hurt somebody’s reputation, develop their skills too. But it doesn’t mean that such standard DDoS protection is fully useless. There are not so many expert hackers as “lark-lovers”. And the attack, performed by latter one, can be effectively resisted by the basic protection of the website. As for real network criminals, keep your eyes open. You never can tell, from where to expect an attack.

In this case the DDoS protection should be heavier. Thereat it must be provided at all network levels from the server till your computer. Today many companies, having worked in the region of infosecurity for more than a year, offer its software developments, helping detect potential treatments and assume elimination measures in due time. And such applications are also one of the most important DDoS protection features. It’s important to note that the protection of hosted website is a complex process. On top of that the websites owners dramatize the situation by themselves.

How they do it? As easy as ABC. For example, having detected any suspicious troubles in their websites activity, they try to eliminate it by themselves. Unfortunately, sometimes such dilettante protection of the website doesn’t inure, but exacerbates the problem. So everybody dealing with the Internet should have in remembrance that the qualitative DDoS protection can be provided only by qualitative hosting company, which specialists can specify, what to do in one or another situation. And the only possible decision, being able to save your web resource if not your business, will be to ask them for help.